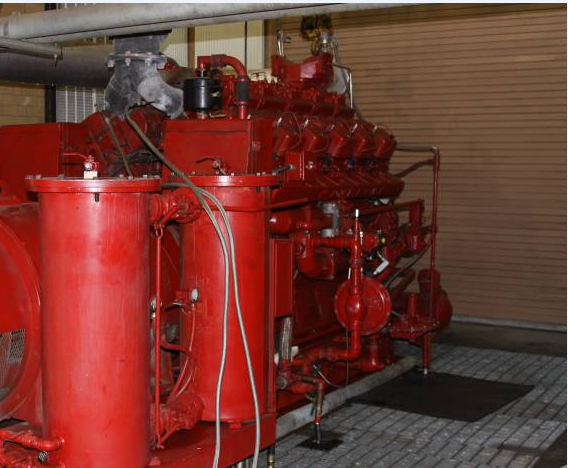 One of the by-products of the treatment plant’s anaerobic solids digestion process is methane gas. When burned methane produces an average BTU content of 600-650 per standard cubic foot. At current daily solids production rates, the District’s digestion process produces approximately 300,000 cubic feet of gas. The District’s cogeneration facility is designed to harness the energy available in the digester gas and turn it into useable electricity and heat.

The digester and natural gas is used to fuel engine-generators, which produce the electricity and heat. The cogeneration facility has three 12-cylinder internal combustion engine-generator units: two-650 kilowatt and one-923 kilowatt capacity. The engines drive electrical generators that supply electrical energy for use at the treatment plant. On average the cogeneration facility supplies approximately 50 to 60 percent of the electrical needs of the treatment operations. This means that during normal operation only 40 to 50 percent of the treatment plant’s electrical needs are supplied by utility power.  In accordance with state design requirements the District employs emergency power facilities to provide continuity of operation during utility power outages.

During the combustion process of the engines heat is produced and harnessed through gas-liquid heat exchange units, which are part of the engine-cooling loop. The cooling loop serves two purposes circulating through cavities in the engine block which cools the engine and provides heat. The cooling loop then circulates through liquid-liquid heat exchangers, which transfer heat to the primary digesters and to hydronic heaters that provide heat to all on-site buildings. The digesters must be kept 95˚F to 100˚F temperature range to sustain the biological digestion process. The to heat buildings hot water is circulated through coils and a fan pushes air through the coils to keep the building room temperature as desired. 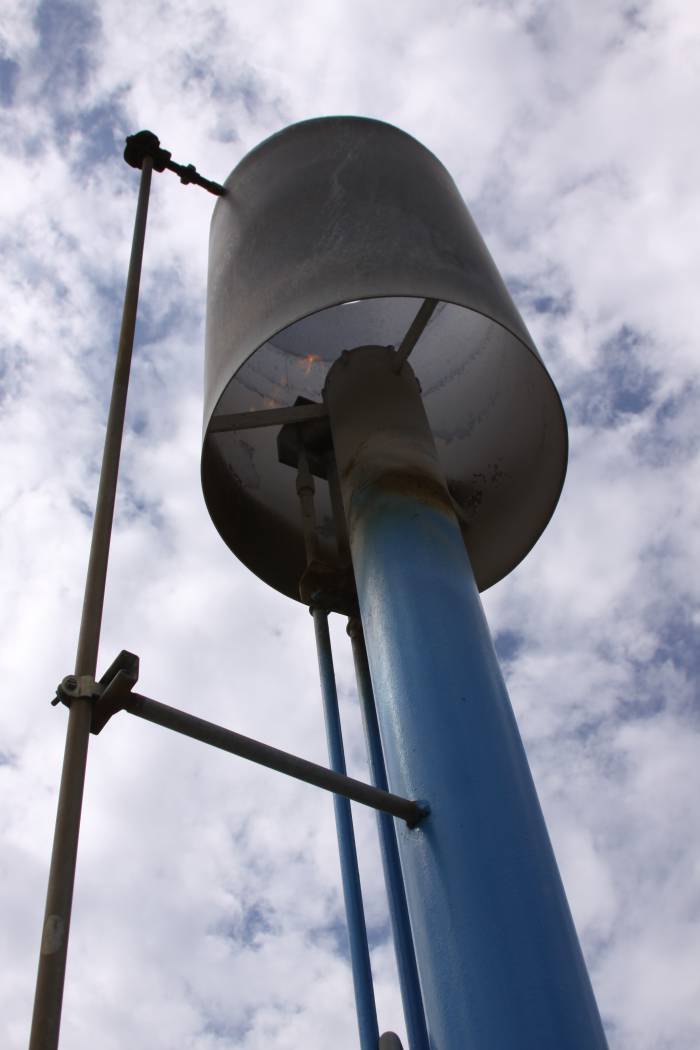 The District’s facilities are designed to maximize the use of digester gas and minimize dependency on natural gas to fuel the engine-generator units. However, digester gas production only supplies about 90 percent of the total fuel required by the generators, the remaining 10 percent is supplied by natural gas supplementally blended with the digester gas. A natural gas blending system also dilutes the concentration of the natural gas, which can produce about 1,000 BTU’s per cubic foot, to a concentration that will match the digester gas BTU production of about 650 BTU’s per cubic foot. Maintaining a consistent BTU production of the fuel supply supports a more stable operation of the engine-generators without the need of multiple fuel carburetion lines.

An emergency waste gas burner burns excess digester gas that is not used by the engines. Wasting gas from time to time is unavoidable but using as much of the gas as possible is the goal. Required by law, the District must waste the excess gas in order to prevent the release of large quantities of unburned gas into the atmosphere.