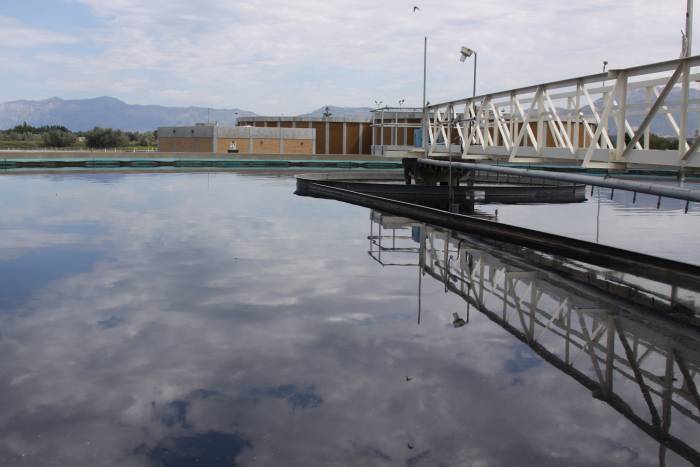 Primary clarifiers are designed to provide a tank where solids are allowed to settle over an extended period of time(usually 2 to 4 hours). Gravity provides a natural separation of solids and liquid in the clarifier tank. As the solids settle downward, the liquid flows upward and over a weir. A weir is a small barrier similar to a dam that allows a steady stream of water to spill over the top. The “clarified” liquid then flows from the primary clarifier to further treatment called secondary or biological treatment. Approximately 50%–60% of the solids contained in the raw wastewater are removed in the primary clarifiers. Settled solids collect on the floor of the clarifier to form what is known as a sludge blanket.

After passing through the primary clarifiers, the solids and liquids are treated by separate processes. Before the implementation of secondary treatment standards by the EPA, many wastewater plants across the nation were only capable of performing primary treatment before discharging back to the environment.